Treasury have (finally) released details of draft legislation of the first tranche of the 2016 superannuation reform.  Still no word on the controversial contribution cap.

The draft bills and regulations will implement the following measures announced in the 2016-17 Budget:

The Treasurer and the Minister for Revenue and Financial Services have said that the draft legislation will:

Message: don’t get caught by 2016 super reforms.  Seek advice now about how much you can contribute to superannuation 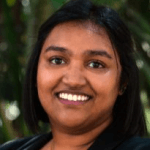