Taxation of CFCs and CFTs

group of 5 or fewer Australian entities control more than 50% of the entity; or

12.  There are two alternative tests to determine control:

The CFC regime is a very complex tax regime.  If you think you may be involved in a CFC you should seek legal advice.  Waterhouse Lawyers have the necessary CFC expertise to assist you. 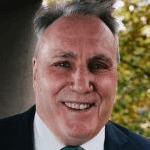