Are you an Australian working overseas? Your residency status will affect your liability to tax on foreign earned income

Are you an Australian working overseas? Your residency status will affect your liability to tax on foreign earned income

A recent case in the AAT concerned an individual working in Oman, who successfully claimed to be a non-resident of Australia, despite being domiciled in Australia (essentially Australian nationality).  The taxpayer therefore was not liable to pay tax on the foreign earned income.

The case is interesting because the taxpayer maintained a house and financially supported his four children and wife, all of whom lived in the family home in Australia.

The taxpayer maintained a house in Perth, in which his 4 children and wife resided. He supported them financially, and would occasionally fly back to Australia from Oman, usually for 2 weeks at a time. He spent a total of 62 days in Australia, and 240 days in Oman during the year in dispute.

Although the taxpayer and his wife remained married, their marriage was difficult, and continued only because of the existence of children. It was accepted by the tribunal that the relationship breakdown was a strong factor in the taxpayer’s decision to move overseas (but not Oman) to work in 2004 and continue to work overseas up to and including the income year ended 30 June 2011.

It appears that evidence relating to the poor state of the taxpayers marriage was significant to the outcome of the case. The Tribunal accepted that marital issues were the determinative factor in the taxpayers decision to pursue work overseas in 2004 and noted that the taxpayers wife had later sought legal and received advice that in the event of divorce she was likely to encounter difficulty obtaining financial support from the taxpayer given he resided in Oman.

It is difficult to draw new principles from this case, as it appeared to turn on the court’s acceptance of the taxpayer’s complexity of his family situation – where he had both dependent children and a dependent but essentially estranged wife.

Message:  If you an Australian working overseas you should seek legal advice to determine your residency status 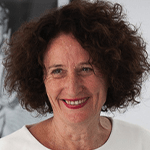